The “Romolo Spezioli” Civic Library originated as a public library and boasts more than three centuries of history. It includes 3.000 manuscripts, 127 codices and 300.000 documents.

The library was established in 1688 by the will of the noble cardinal from Fermo Decio Azzolino junior, administrator of the Roman court of Queen Christina of Sweden and her universal heir. The seat of the Civic Library, now named after Romolo Spezioli, Queen Christina’s personal physician, is located in the ancient Palazzo degli Studi, intended in the seventeenth century to house the ancient city university. The four windows on the first floor are decorated with busts of the four Popes traditionally linked to the history of the ancient University of Fermo: Bonifacio VIII, Eugenio IV, Callisto III and Sisto V.

The Civic Library of Fermo is located in Palazzo degli Studi, connected to Palazzo dei Priori through an adorable Renaissance loggia.

Palazzo degli Studi was projected by architect Girolamo Rainaldi with a great monumental facade in bricks, today covered by a yellow-ochre plastering that makes the building uniform and it had to constitute a regular backdrop for the square, creating an harmonious architectural background together with Palazzo dei Priori.

On the ground floor the ancient portico was transformed in a series of compartments that houses today the section of the Civic Library dedicated to younger people.

On the noble ground’s facade you can see four windows with stone jambs and broken pediments containing busts of the popes than throughout centuries gave advantages to Fermo University.

In the central part of the façade opens the arched entrance, the only area where you can see the bricks in cotto tile, above, a small balcony with a balustrade of small pillars houses a stone tabernacle frame with the statue of the Assumption, the city Patron Saint. An elegant rib vault with a clock and a triangular tympanum crown the building.

Palazzo degli Studi housed until 1826 the University of Fermo, founded in 1585 by Pope Sixtus V.

The need to provide the city with an appropriate civic collection was immediately understood by Cardinal Decio Azzolino junior, queen Christine of Sweden’s counsellor, wise politician and great literature lover. In 1688 the Cardinal transformed the room in Palazzo dei Priori, until then used for theatre performances, setting it up with shelves in walnut wood and the precious ceiling in fir wood (both of them are still visible) to house books. It is the current Globe Room that constitutes the original nucleus of the civic library and preserves its ancient fund. It takes its name from the huge globe made by cartographer Silvestro Moroncelli from Fabriano in 1713; it is preserved there. 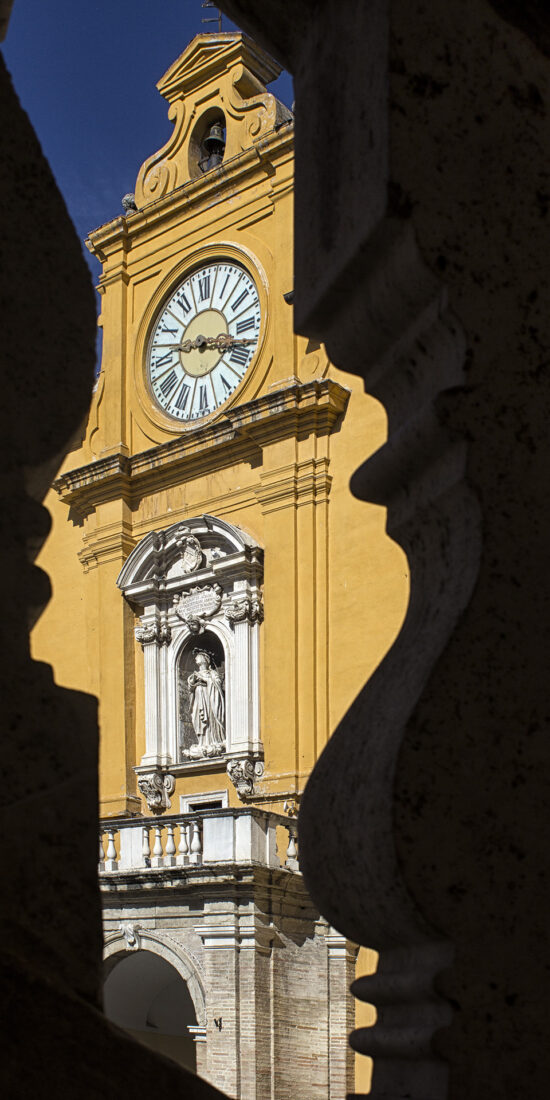 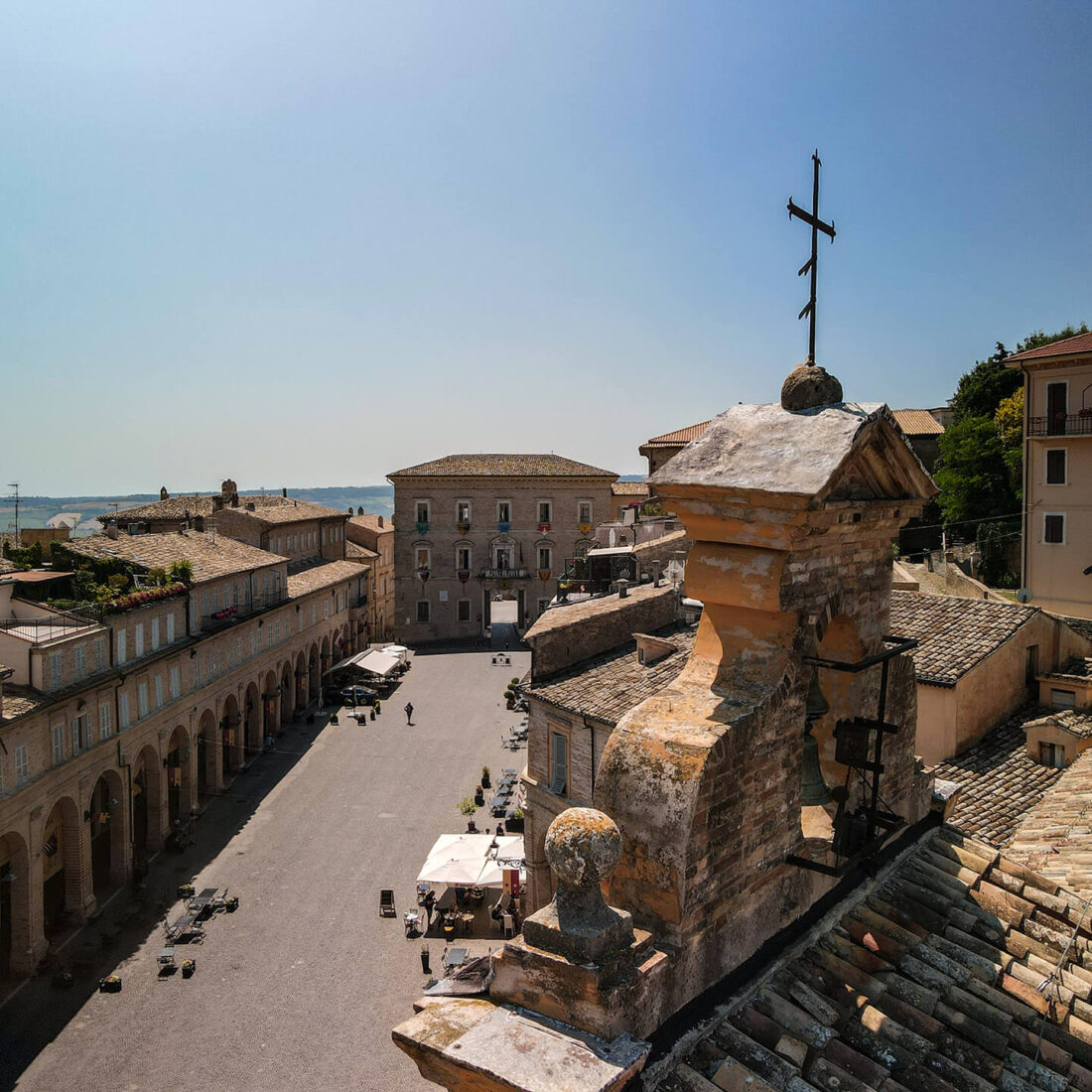 The patrimony of the Civic Library

The “Romolo Spezioli” Civic Library, coveted destination for researchers and students from all over the world, conserves richly miniated codices, very rare printed editions, an inexhaustible graphic collection. In total the collections include around 3.000 manuscripts, including 127 codices and 11 chorales, 300.000 documents that include more than 800 historical periodicals, 5.000 drawings and 6.500 engravings, coins, seals; moreover 681 incunabula, over 15,000 16th century editions, 23.000 miscellaneous editions, numerous examples of 17th an 18th century editions and musical printings.

Compared to the original nucleus made up of the bequest of Fermo noble Paolo Ruffo, the book patrimony enriched considerably throughout the centuries, thanks to donations and purchases that allowed the constitution of that precious ancient fund that makes Fermo Civic Library one of the most prestigious and noteworthy libraries of Central Italy.

The most important fund is the one named after Romolo Spezioli (1642-1723) who, thanks to the influence of Cardinal Azzolino, became personal physician of Queen Christine of Sweden.

In 1705 the Cardinal gave mainly rare medicine books and after his death all his collections for testamentary legacy. Over the centuries the Library continued to collect medicine documents and today it is an authoritative representative on an international level in medicine historic studies.

1860 marks the recovery of acquisitions including the brothers Raffaele and Gaetano De Minicis’ collections; not only books’ collections, but also epigraphic, numismatic, artistic collections, among them also 15.000 books of archaeology.

Among the donations of the XX century, the Filoni, Maranesi and Gigliucci book collections are included, to which the printed works and drawings by Fermo architect Giovanni Battista Carducci must be added, constituting today the near totality of the Printings and drawings special fund. As for literature and music, the most recent and relevant acquisitions come from the libraries of Alvaro Valentini and Firmino Sifonia.

Some notebooks from the XVI century are part of the graphic collection, one of them attributed to Cola dell’Amatrice and one to Giovanni Antonio Dosio and there are more than 1000 drawings by Fortunato Duranti.

The most ancient preserved document is the Manuscript n. 16, a codex of parchment of the X century containing Rhetoric essays.

Among numerous jewels of the book collection, there is also an incunable of which the Library regained possession a few years after its theft. It is the editio princeps of the letter written in 1493 by Christopher Columbus to the royal treasurer of Spain Gabriele Sanchez to inform him about his discovery, of which only a few samples are known. The Libro delle Ore (XV century) is noteworthy too: it probably belonged to Christine of Sweden. 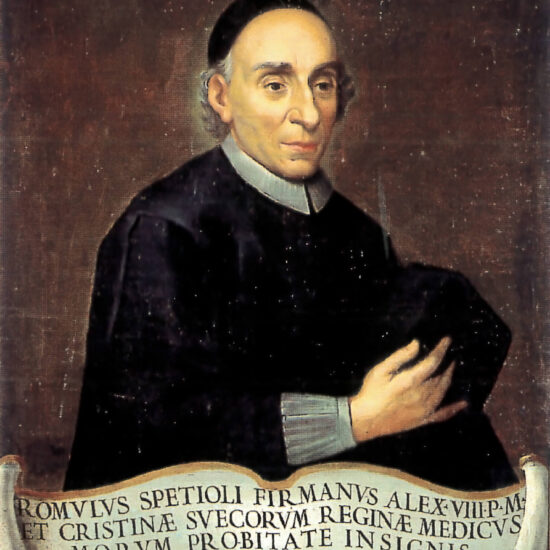 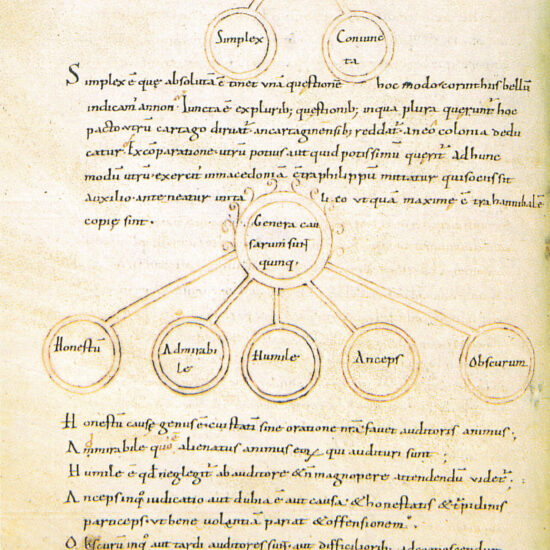 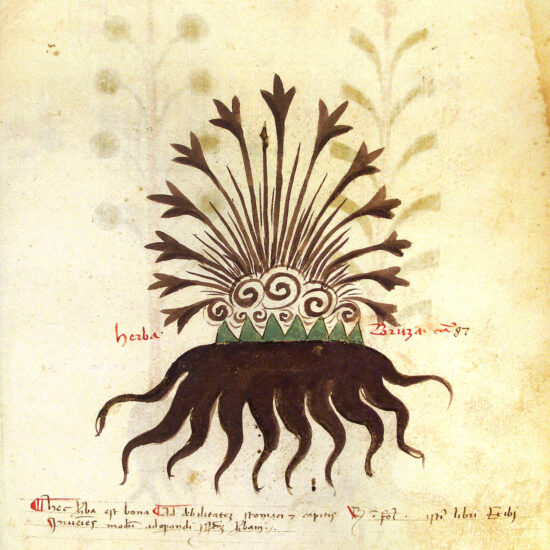 The services offered by “Romolo Spezioli” Civic Library are:

All the Library services are active upon enrollment and release of user card.

Next to the historical heart of the library we find the contemporary one: the computerized catalogue allows access to the funds of the ancient and modern book patrimony, to present day periodicals, to the 20th century donations and to the entire patrimony of the Children’s Library.

Inaugurated in 1998, the Children’s Library is located on the ground floor of the Central Library in piazza del Popolo.

The Children’s Library is very often frequented by many readers from 0 to 14 years. It has an area dedicated to early childhood and children, with comfortable pillows and cozy chairs, where young readers can choose and read peacefully among illustrated or hardback books, pop-up, musical books, books with rhymes, poems and fairy tales.

It’s available also a consultation and study area, equipped with tables, chairs and containing encyclopedias, dictionaries, atlases and books of popular science and manuals (as well as narrative books for older readers) and a reading area for the adults accompanying children. 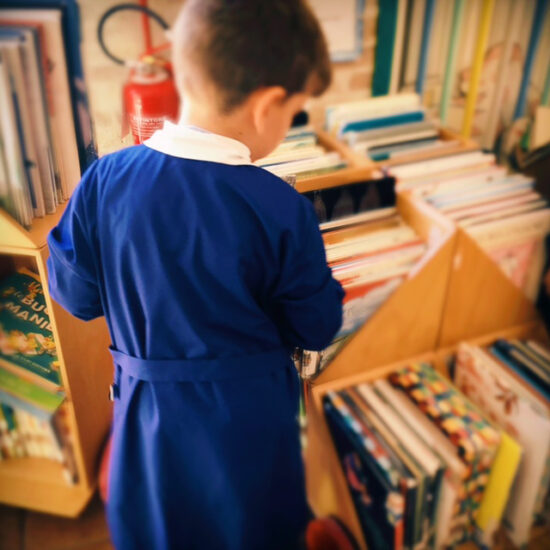 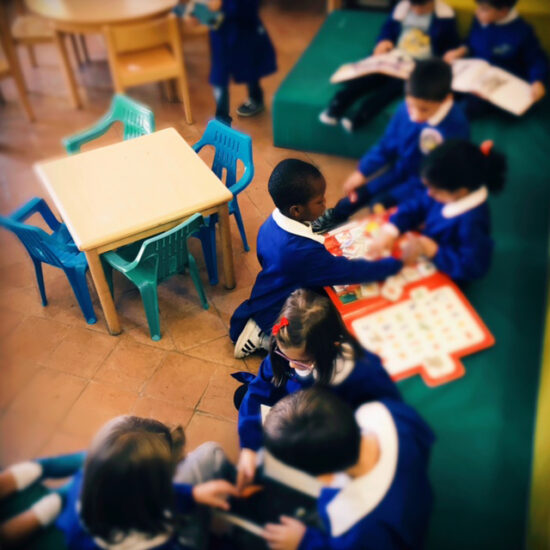 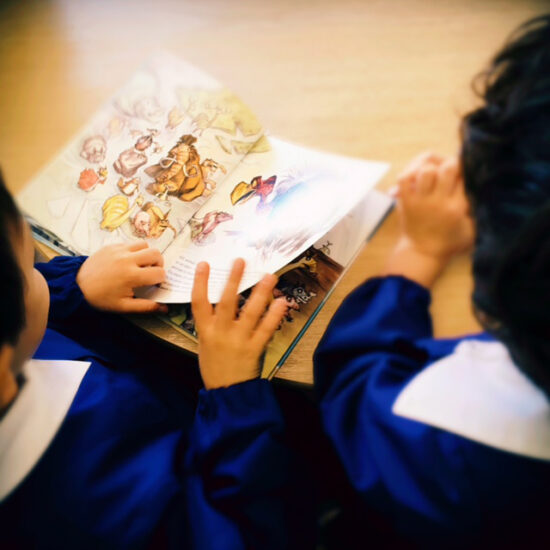 The BUC gets its name from the initials of “Biblioteca” (Library), “Università” (University) and “Conservatorio” (Conservatoire): located in a common area between the Library, the State Conservatoir “G. B. Pergolesi” and San Domenico University in a strategic position, it plays a role as metaphorical joint among the cultural institutions of Fermo.

Until last year housed in the premises of the former seminary, which now host the “FermoTech” project, an advanced laboratory that combines universities and businesses, it was reopened in the new headquarters located opposite the previous one, in welcoming and functional rooms in which users can read, study and even indulge in a moment of relaxation by flipping through some of the more than 40 magazines available. 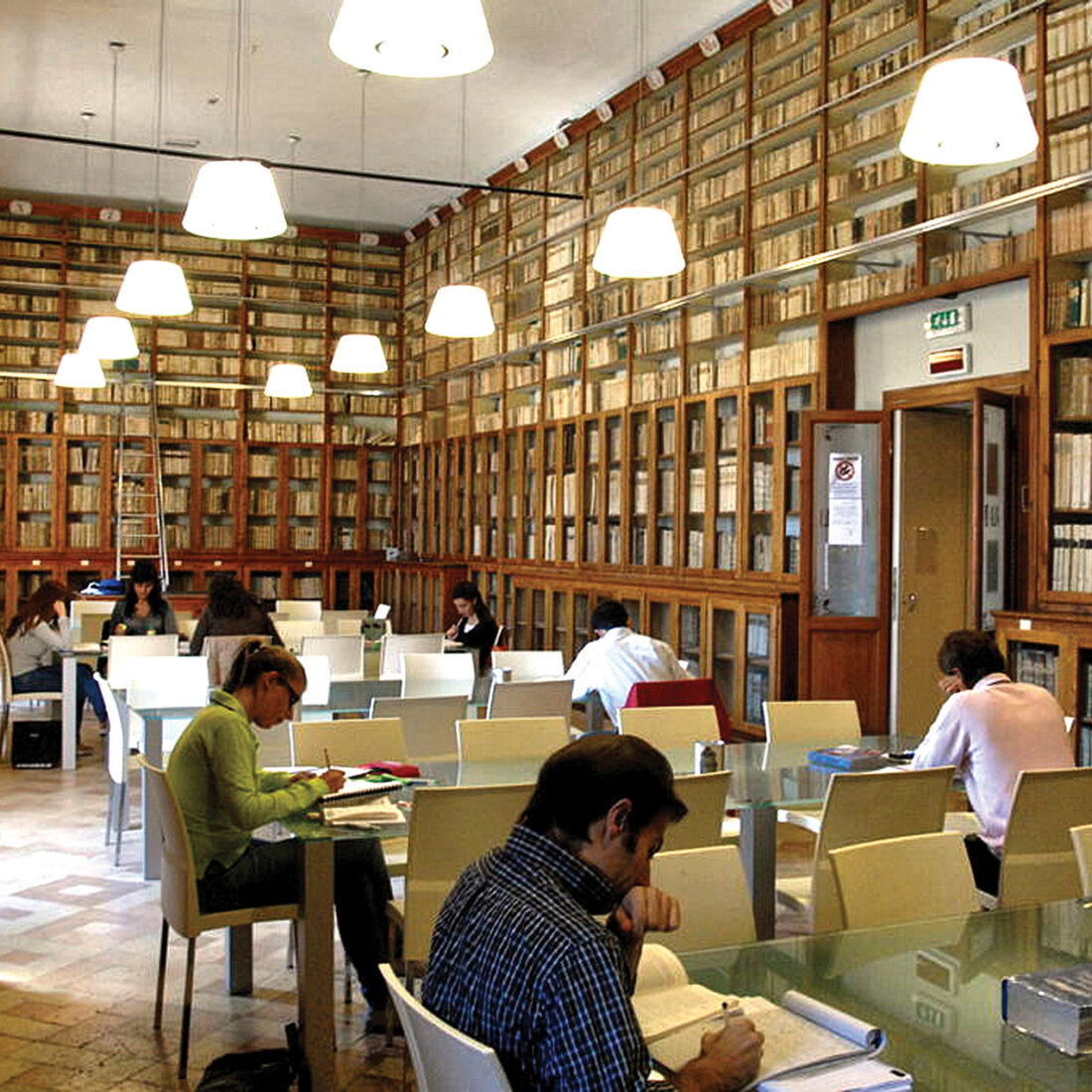 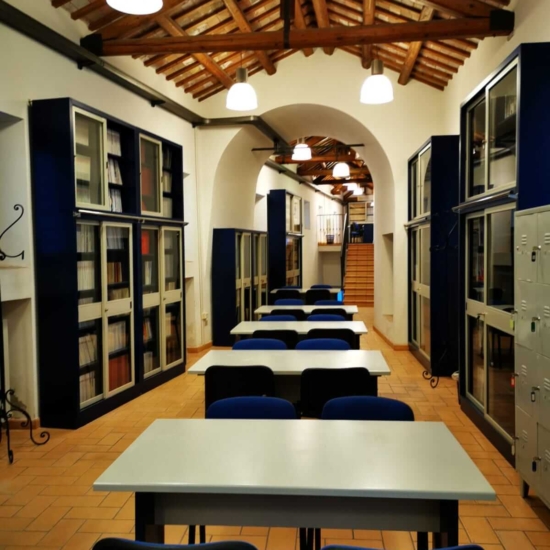 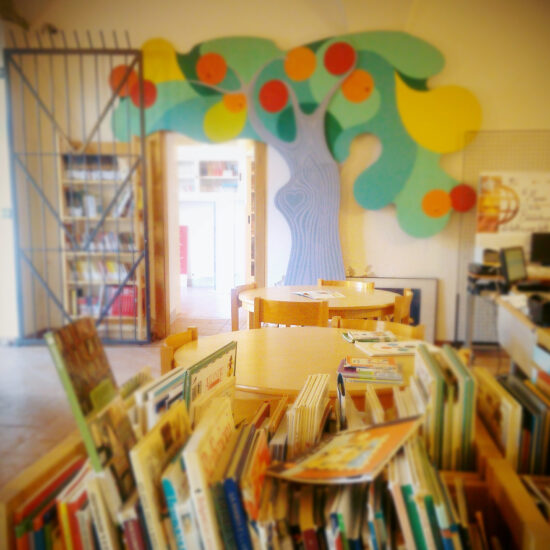 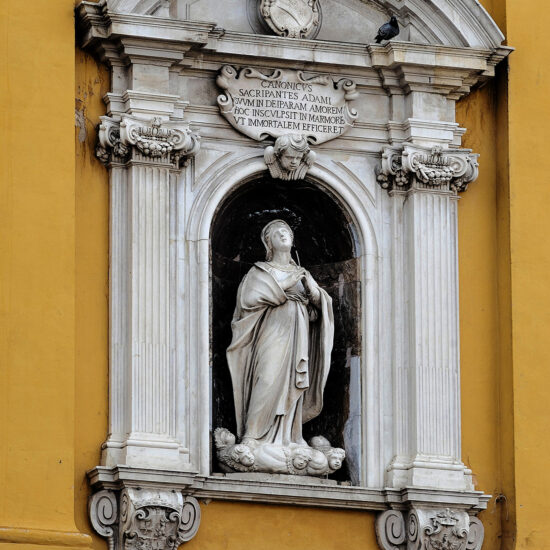 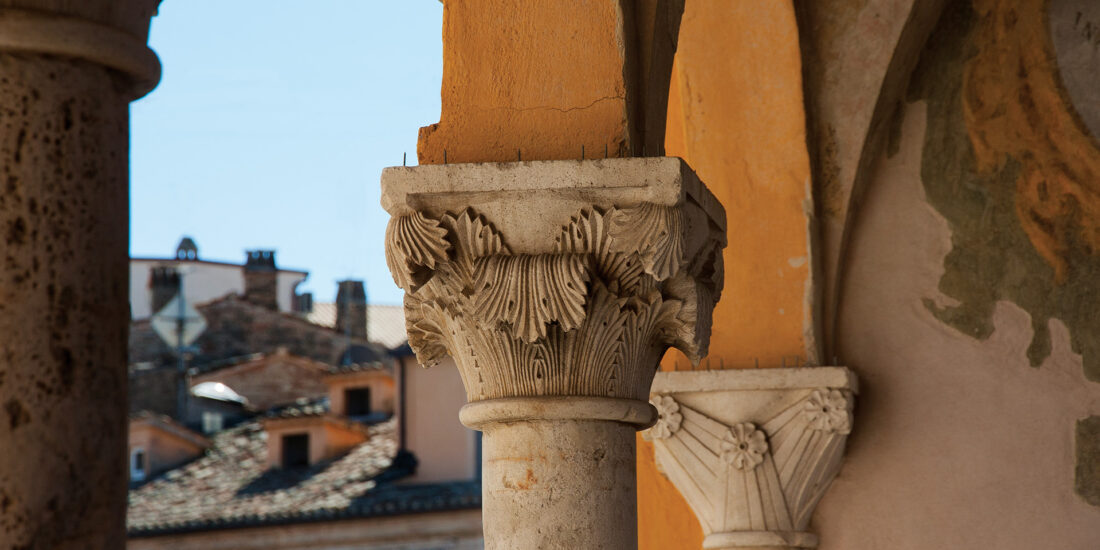 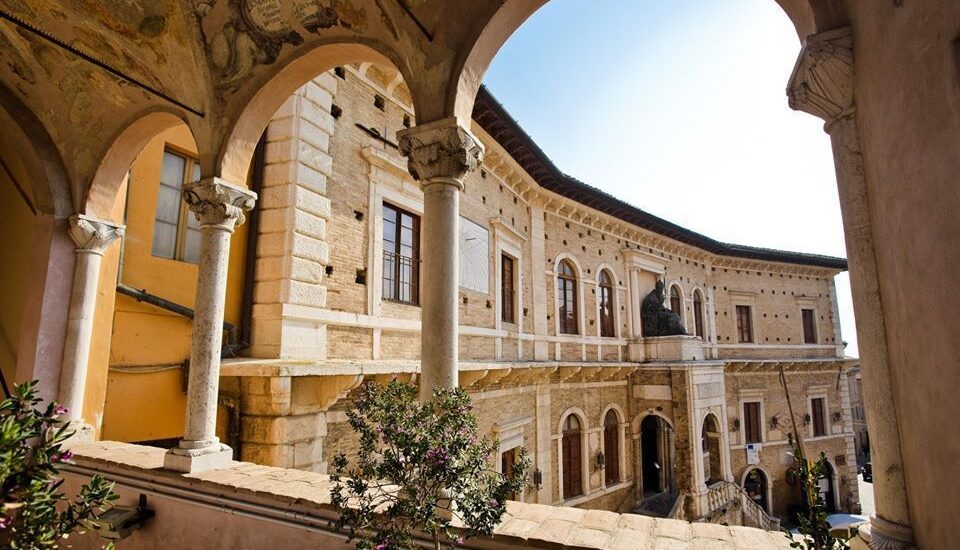 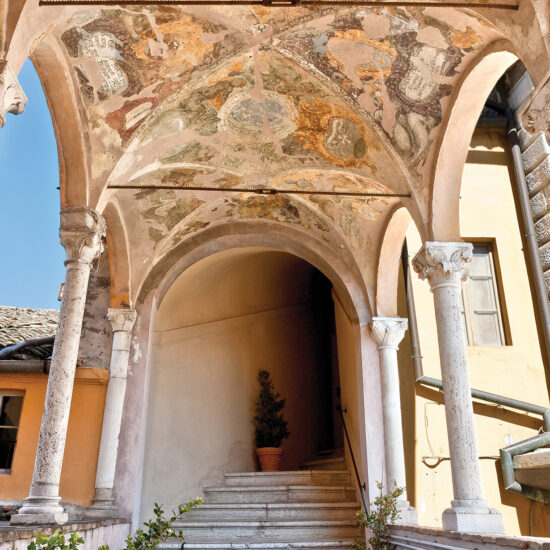 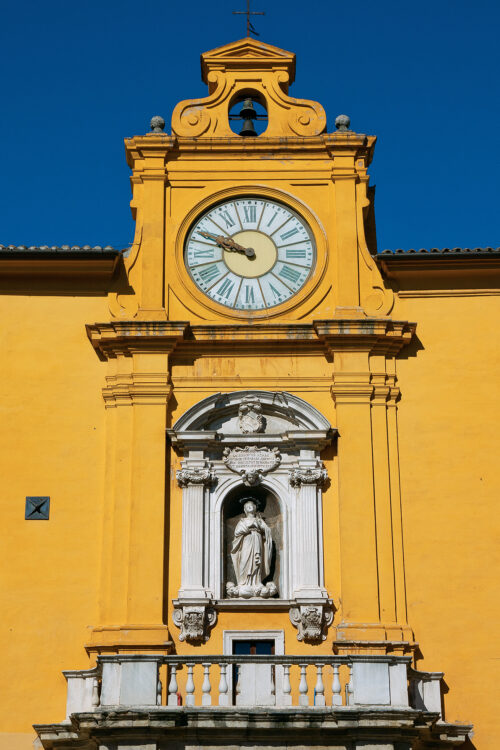 opening hours
from Monday to Friday 8.45-18.45
Saturday 8.45-13.45
Consultation of historical funds
on appointment