FUM’S heart is the very essence of urban art: the need to communicate and to be understood using different forms other than classical art.

FUM, Fermo Urban Museum’s acronym, is the street art project that has enriched Fermo since 2017. Art factory and multidisciplinary space, seat of workshops and laboratories, FUM is addressed mainly to the Post-Millenials. 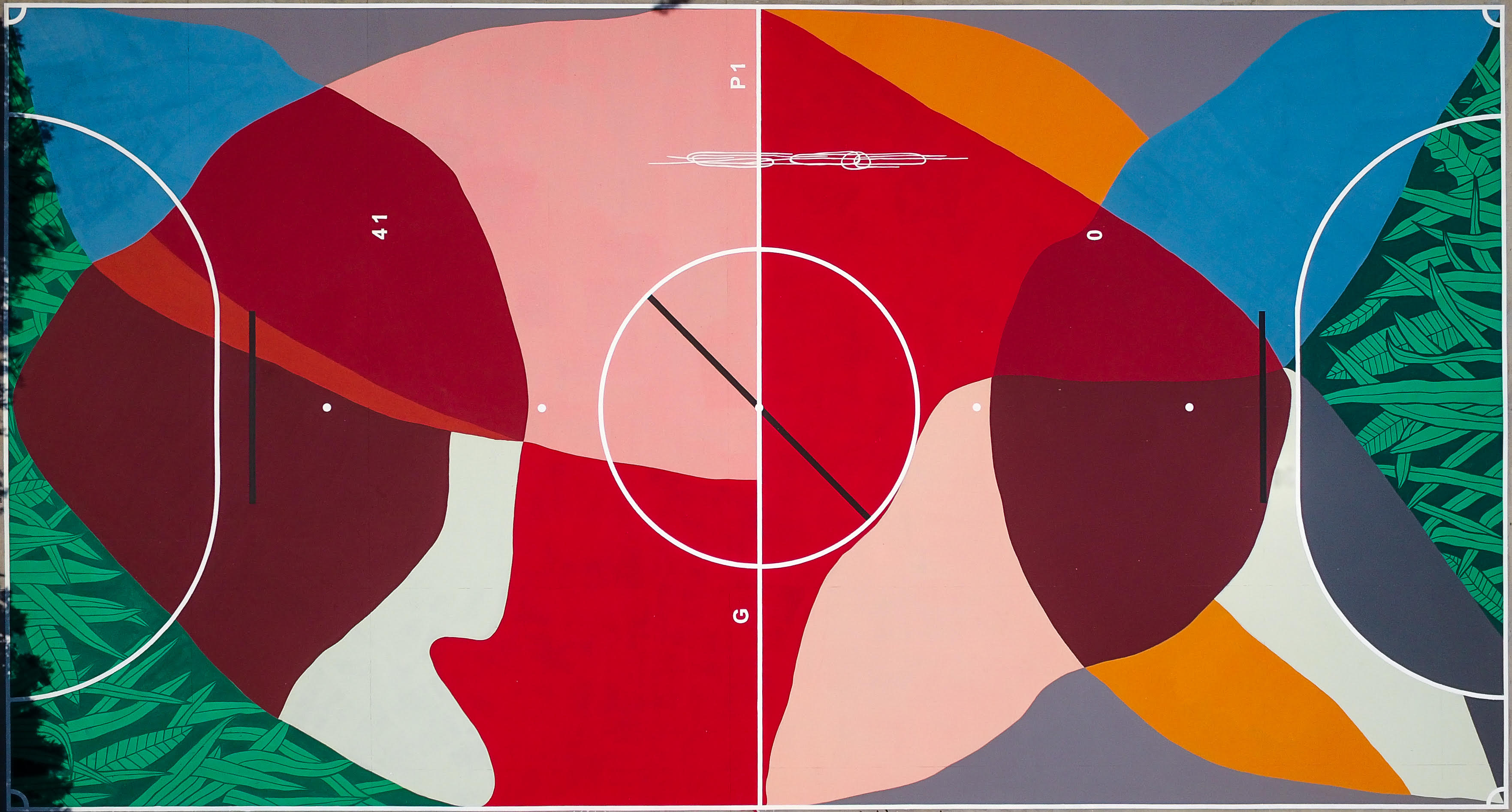 FUM was born to sensitise new generations through the active participation of young citizens, favouring their inclusion through the study of artistic contemporary themes and pushing away at the same time the social exclusion’s danger.

The desire to innovate and further improve the structure and setting up of the town museum treasure lead the City to bet on street art, one of the most important trends of contemporary art. Urban art is surely not just a common passing phenomenon anymore, but it has solid roots in history and society, that make it an artistic tendency with its own history, evolution, rules; a creative manifestation that can count on a continuously increasing amount of admirers.

Fermo Urban Museum has eventually become an innovative tourist and cultural catalyst for the whole regional area, with the further aim to innovate the local tourist offer. The collaboration among all the characters involved like Turismarche cooperative, Fermo Municipality, Marche Region, many artistic and cultural associations in the area, brought and will bring famous artists to decorate city buildings and streets, telling Fermo’s identity and its rich social dynamics.

Proof of how successful this initiative of Fermo Urban Museum is, the observatory of urban creativity INWARD, together with DGCC (General Management Contemporary Creativity) identified Fermo Urban Museum as best practice. So the project will be included in a map that recommends the best shapes, way and areas of the urban creativity in Italy, with a focus on street art, muralismo ( Mexican artistic movement based on murales) and graffiti.

FUM spreads just as an open air art exhibition, which everyone can enjoy in every moment, since its graffiti and murals are spread over the entire city area.

The Izi Travel application was created to support FUM’s accessibility: you can find there the exhibition itinerary, reading and listening to contents and walking along the proposed itinerary.

The experience in FUM will be made accessible to anyone thanks to guided tours and further printed material, making the world a huge canvas through which to spread art for everyone’s safety, with no limits.

The young people’s participation is one of its strengths: for this reason, in 2021 the Art High School Preziotti contributed to create three works destined to the urban museum. Students suggested a sketch for a wall painting in Lido Tre Archi city quarter and on breakwaters of Marina Palmense and, together with the Equal Opportunity Office, they planned the creation of three red benches symbolizing the fight against violence against women.

In the same period, eleven artists coming from all over Italy met at 360º artistic fest in via Ficcadenti to realize their works on 30 metres of urban surface to celebrate also the photojournalist Mario Dondero on a wall of the Terminal that is dedicated to him.

Main themes of this famous artistic fest were environmentalism and the relationship among men and women, remaining faithful to street art’s will to denounce and celebrate contemporary and urgent themes.

Fra Jambo’s work, called “Combinazione giambica” (Iambic Combination), because its aim was to represent the interaction between man, machine and nature, is placed side by side with “Amen” by Urka, whose aim is to denounce today human being’s addiction to objects and consumerism.

Other works, like “The Dolly Fish” by Pina are overtly, but just apparently, meaningless; while Drust shows in his work “Coloured Lettering” the union between the lettering and graffiti arts.

Lastly, Panic realised the wall painting “Mario (Mario Dondero Tribute)” that represents photojournalist Dondero, portrayed as he develops a Polaroid whose subject is Mario himself.

Further works of urban art are already in Parco della Mentuccia, Piazzale Carducci and on the Art High School’s façade;“Velodimuromaya” curated by Paolo Bazzani dates back to 2013, followed in 2016 by “Fermo in Paradiso” and “Memory” by Giulio Vesprini and “Schizzi di memoria” by Ramadan Ramadani, Emanuele Calcinaro and Alessio Giacobbe and finally “Humus”, realized in 2018 by Giulio Vesprini. 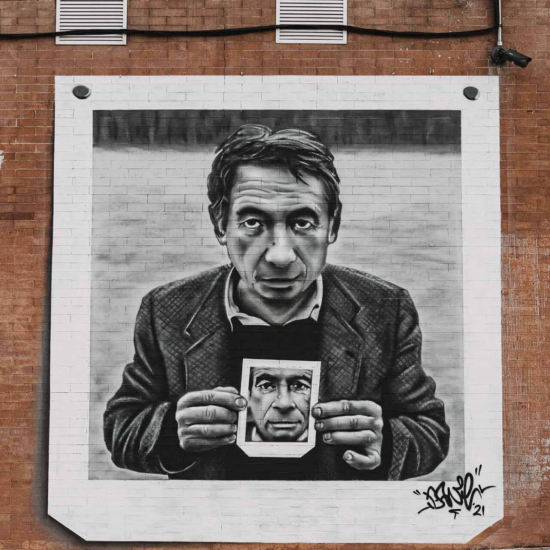