Marina Palmense and the Shrine of Santa Maria a Mare

Marina Palmense lies under the large panoramic terraces of Torre di Palme. Its beaches, in recent years, have always had a Blue Flag.

The hamlet of Marina Palmense is the southernmost part of the Municipality of Fermo, very close to the A14 motorway exit and lying under the large panoramic terraces of Torre di Palme. Its beaches together with those of Lido di Fermo and Casabianca have been continuously awarded the prestigious Blue Flag in recent years.

It stands out in the south as an unspoiled stretch of stony beach where you can practice kitesurfing, windsurfing, surfing, wingfoil, hydrofoil thanks to the sirocco wind, favorable in this area, which makes it a privileged destination for those who want to savor the thrill of feeling free in the sea. In the northern stretch, the mixed gravel and sand beach hosts numerous campsites equipped to welcome tourists on a coast where they can relax in the sun and have fun with the whole family between a dip and a swim in the blue sea with the gently sloping seabed.

Surrounded by dense vegetation and hills, Marina Palmense with its unspoiled nature is a privileged destination for those who want to take advantage of theequipped rest area and experience a backpacker holiday in freedom a stone’s throw from the sea, to enjoy a nice walk at the discovery of the surroundings walking towards the Forest of Cugnolo and the nearby Torre di Palme or go up by bicycle to discover the area.

The fraction of Marina Palmense is the southernmost part of the Municipality of Fermo, here you can admire the church of San Giuseppe Artigiano and the ancient Shrine of Santa Maria a Mare dedicated to Maria Santissima Stella del Mare, also known as Sant’Anna for the devotion to the mother of Mary, protector of women in labour.

Founded by the Augustinians, the Shrine dates back to the 12th century and was probably built on the remains of an ancient pagan temple dedicated to the Aurora which was located near the port of Fermo “Castellum Firmanorum”. Around 1400 the structure was transformed and completed with the construction of the Convent. The church is a simple construction in ashlars of stone and brick. The interior has three naves with a raised presbytery vault decorated with frescoes by Giuseppe Canali. On the main altar, a 1400s fresco by Vincenzo Pagani is enclosed in a large rectangular frame, representing the Madonna (Santa Maria a Mare) with San Giovanni Battista and San Biagio.

The maritime history of Fermo, linked to the municipal maritime areas such as Lido di Fermo and Marina Palmense, offers, among many other local specialties, unique and delicious fish dishes. From the sea comes a great tradition of work, of life, but also of food that gives a variety of fish from which a wide gastronomy made up of typical dishes is born. Spaghetti with shellfish and cherry tomatoes made with razor clams, crabs, cockles, clams, crocetti and mussels. Part of the fish used is harvested by hand and near the shore. Fried sciabbica made with small fish from the coast, near the shore, including scaldfish, goatfish, flathead grey mullet, pugs, etc. 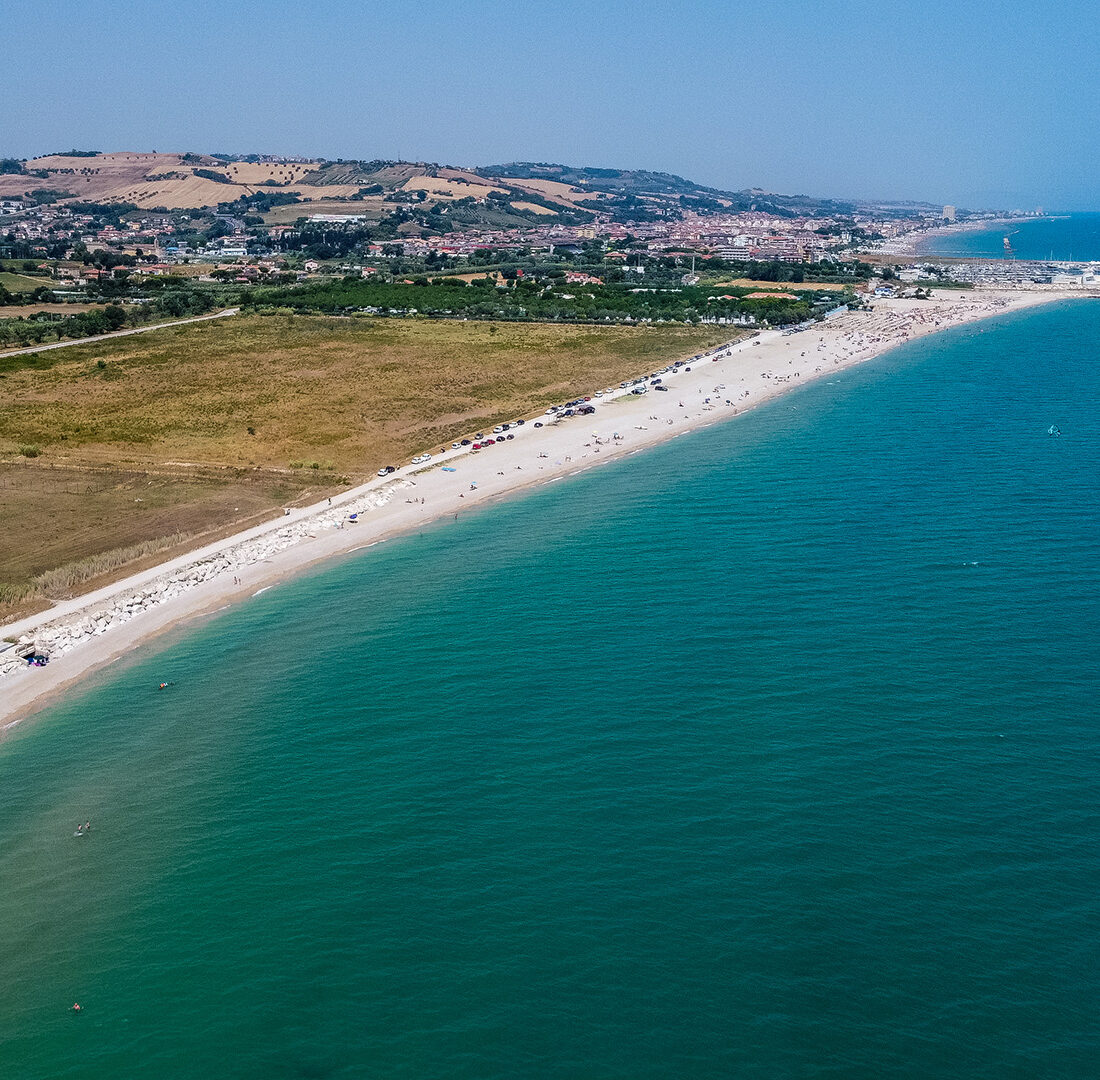 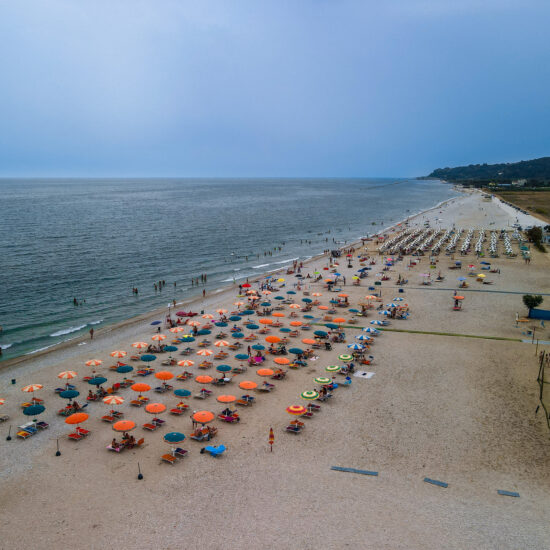 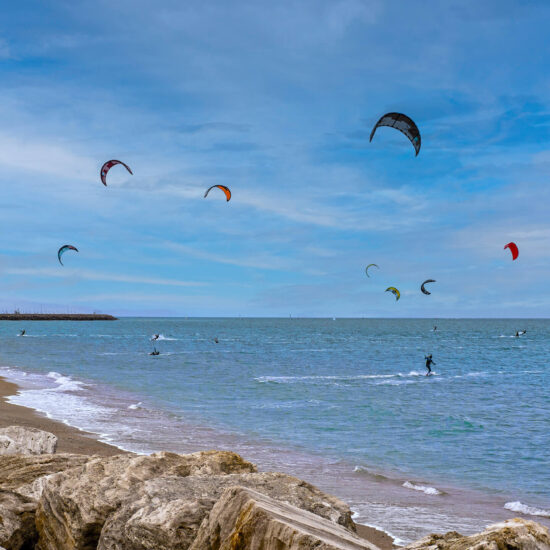 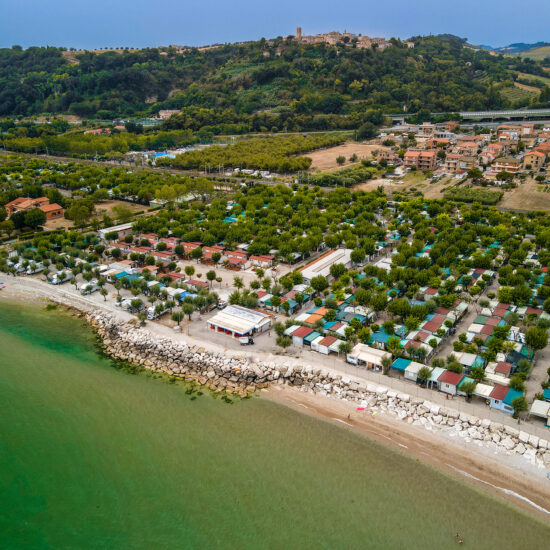 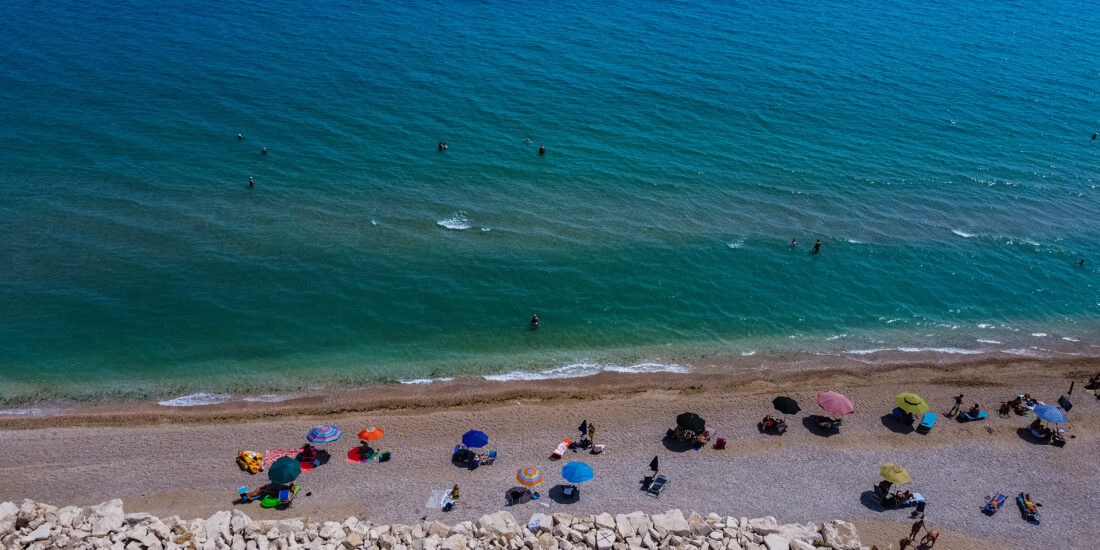